Cookie preferences
This website uses cookies, which are necessary for the technical operation of the website and are always set. Other cookies, which increase the comfort when using this website, are used for direct advertising or to facilitate interaction with other websites and social networks, are only set with your consent.
Configuration
Technically required
These cookies are necessary for the basic functions of the shop.
"Allow all cookies" cookie
"Decline all cookies" cookie
Advanced Cart
Amazon Pay
CSRF token
Cookie preferences
Currency change
Customer recognition
Customer-specific caching
Individual prices
PayPal payments
Selected shop
Session
Comfort functions
These cookies are used to make the shopping experience even more appealing, for example for the recognition of the visitor.
Note
Statistics & Tracking
Affiliate program
Track device being used
Categories
Information
Information 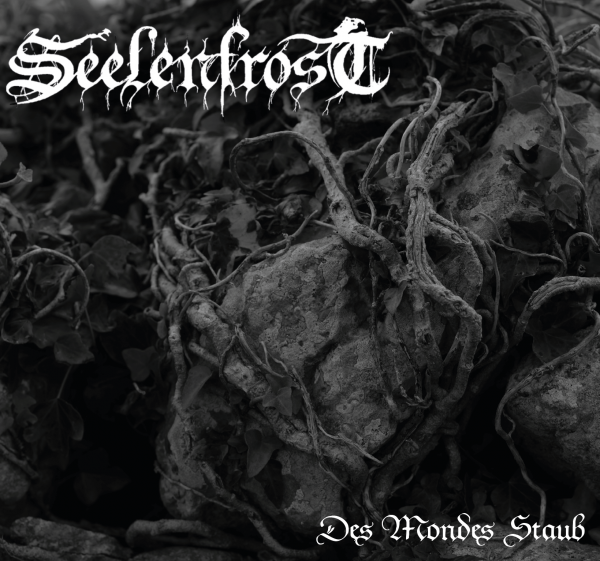 Seelenfrost, the german black metal band release their fifth album titled 'Des Mondes Staub'. Earlier planned as one concept album, they splitted it into two. So it is not just chronological, but also topically the sequel to the opus '☽' and closes the lunar cycle.

The topics of the songs handle thoughts, longings, decisions which were made, the challenging of them. The crossing from the realm of the living to the realm of dead based on the lunar cycle reflects the thoughts.

The opus is available as mediabook with sticked in booklet on the left site, consisting of eight pages. The design itself is kept in black. The pictures are in grey tint with white font and complete the layout. The cd itself is in a transparent tray on the right site.

Tags: Seelenfrost, Talheim Records, Black Metal
Write a comment
Related products
Seelenfrost - Des Mondes Staub CD Mediabook
Content 1 Piece
€21.00 *
Order number: TRA-AN-0106
Add to shopping cart
Trusted Shops Reviews Toolkit: 1.1.7
This website uses cookies, which are necessary for the technical operation of the website and are always set. Other cookies, which increase the usability of this website, serve for direct advertising or simplify interaction with other websites and social networks, will only be used with your consent. More information
Decline Configure